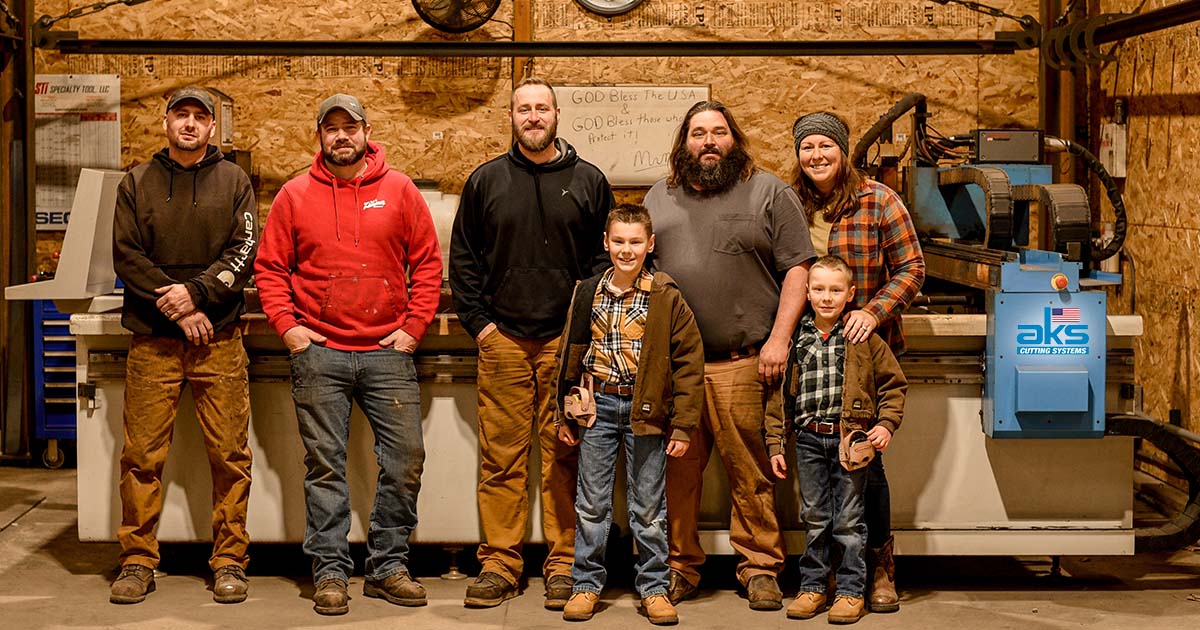 Metal N Motion, Monroeville, IN, has significantly increased its capacity, as well as its manufacturing capabilities and the number of clients it serves.

“Prior to the AKS tru-kut, our design work was all a manual process and was limited to what we could do with a bandsaw, grinder and hand torch,” said Owner Eric Sorg. “We went from making just a few parts to basically developing anything we could want or dream of. We’ve seen more than 500% growth and have picked up tons of customers in all sorts of different industries.”

Metal N Motion also has grown in physical size since purchasing the tru-kut machine. Initially, the plasma cutting system was placed in the company’s 1,300-square-foot original building, which happened to be an old dairy barn. Within two years of owning the machine, the company purchased a 9,000-square-foot facility and now, less than a year later, is looking to expand to an even bigger facility.

“It all stems from making the move and spending the money on this machine,” Sorg said. “It literally was like flipping a switch. It became a matter of how many workers we could get and how fast we could keep up with demand for parts. Within months of getting the machine, we were making in one quarter what we’d made the entire year prior; that first whole year, we tripled what we had made the year before. Just three years later, we’re at five times what we were when we bought the table.”

The tru-kut also has allowed Metal N Motion to grow its client base, since the company is able to offer more complex parts with tighter tolerances and higher quality finished products.

“We’re no longer just a flat stock with holes drilled in it,” Sorg said. “We now can do round parts and we’re able to design pieces that are bent into boxes and shapes — all sorts of different things to make bracketry, parts, bins and boxes. It has rapidly catapulted the company; within three months, we started exceeding what the machine’s monthly payments were and then it was profit, just by word of mouth.”

As an example, prior to setting up the table, the company worked on a job hand-cutting half-inch steel and drilling a 1.25″ hole with a mag drill.

“We did 1,400 of these parts in two days. The pile of shavings was about four feet tall when we got done,” Sorg said. “The next week, they installed the table and we ran that job again. Just to be able to walk away from it and have it cut all 1,400 parts on two or three sheets, and in one day, was a huge moment for us.”

The tru-kut system’s cut quality and tolerances also have allowed Metal N Motion to accept new clients. When customers would call and ask for laser cut parts, it often turned out that the machine could get the job done within the required tolerances — and in a fraction of the time.

“I got a lot of customers who had been going to lasers for parts, but they had to wait three weeks to get it cut,” Sorg said. “I would be able to duplicate the part with a tight enough tolerance to fit their needs. They were used to an older style plasma cutter and were surprised they were able to get the quality they needed within the tolerances they needed. The AKS machine is very superior to some of the competition.”

Since installing the tru-kut, Metal N Motion has seen an increase in efficiency, as well as employee satisfaction.

Before operating the cutting system, the company’s employees used a band saw for flat parts, then drilled all holes by hand. The work was dull and tedious, causing difficulty finding and keeping employees.

“One job required about 50 man-hours to accomplish all the cutting and drilling,” Sorg said. “The first day that I owned the machine, we did the same work in a single eight-hour shift. For 50 hours, somebody was cutting a part and drilling a hole in it. Now we can take those skilled people and have them doing something else that’s not so monotonous while the machine does that work.”

The few problems Metal N Motion has encountered with the tru-kut have been user error, according to Sorg, and were quickly resolved by AKS’ customer service.

“The machine is very well-built and very smart,v he said.” It knows when you are doing something you shouldn’t and it creates an error. As we were starting up and learning the machine, we’d call AKS if we had questions and they were able to walk me through and get it running again. I’ve not had anything on the machine in three years that has failed me.”

Sorg added that the AKS sales team has been very supportive and is always just a phone call away. They reach out to him every six months to see how the machine is operating.

“The machine runs eight hours a day, three or four days a week,” he said. “We grease it and properly maintain it the way we were shown. We’ve had no issues and I haven’t seen any measurable tolerance loss that is impeding us from building any parts that we make. We run anything from 16-gauge all the way to 1 ¼” thick steel.:

Owning a small business means working hard every single day, and with 22Q1 already behind them, Metal N Motion is on track for even more growth this year. The new machine has not only held up well during the increased business but has also perpetuated it.

“It’s probably a little bit more pricey than other comparable machines, but you definitely are getting what you pay for,” Sorg added. “It is an industrial machine that’s designed to work day in and day out.” 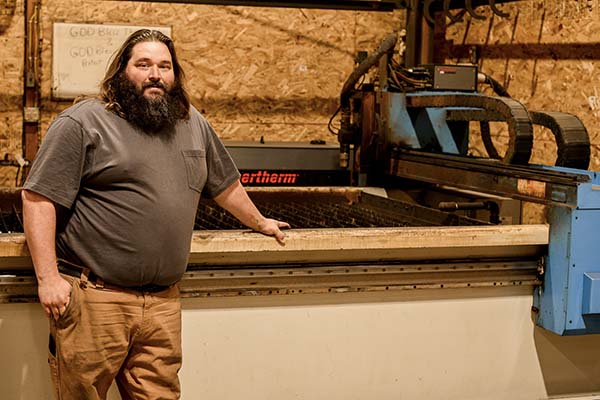 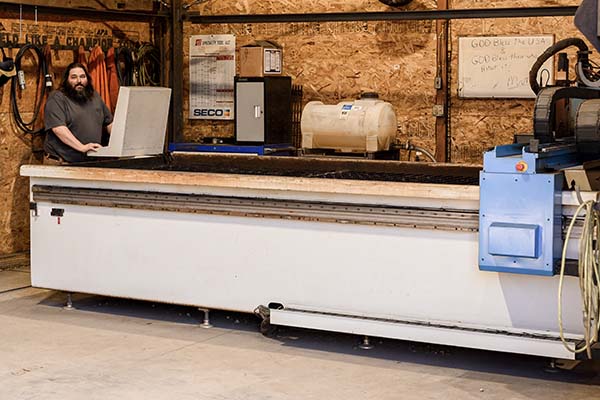 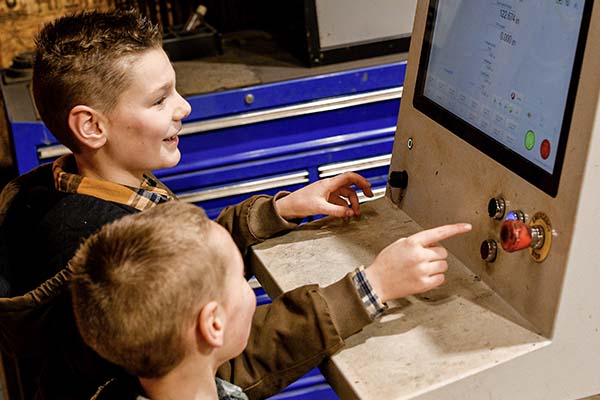 Talk to a Team member 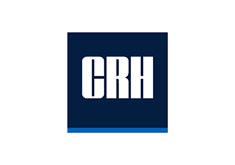